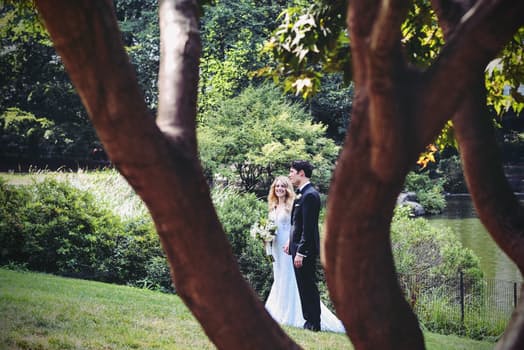 There are three types of legal marriages in Ireland according to the Marriage Act:

Which is very straightforward. The confusion arises when these 3 marriage types from the Marriage Act are used to describe the ceremony itself, eg. Civil ceremony, Secular ceremony or Religious ceremony.

When describing the marriage ceremony itself there is a 4th ceremony type which isn’t mentioned in the Marriage Act because it can cross the boundaries of both secular and religious, without being a religious ceremony.

This 4th ceremony type is created to suit the beliefs of the couple, no matter what beliefs those are. This includes Secular beliefs, Spiritual beliefs, Religious, mixed faith and/or anything else in between. This can cause a lot of confusion with the terminology used in the Marriage Act.

If you are among the many modern couples who don’t want a religious ceremony, an interfaith ceremony will provide you with the most flexibility for a unique & personalised non-Church legal marriage ceremony.

Most interfaith Marriage Solemnisers belong to a Religious body because they follow a spiritual faith (many are also yoga teachers) but they don’t belong to any churches, and unlike non-theistic (secular) religions, they don’t ever enforce their beliefs onto others.

There are just one or two interfaith Marraige Solemnisers who belong to a secular body, you can read more about that in a further section of this article titled “Secular Marriage Ceremony”.

If you’d like to include a prayer to keep granny happy, or a memorial candle to remember a departed loved one, an in interfaith ceremony will allow you to do just that.

An interfaith ceremony will provide you with the most flexibility, choices and options for the design of your non-Church legal marriage ceremony.

Next here are the 3 marriage types from the Marriage Act explained:

The definition of a civil marriage ceremony varies from country to country and this is where the confusion lies. In Australia for instance, a civil ceremony means a ceremony conducted according to the wishes and beliefs of the couple instead of the rules of a Religious body. But this is not the case at all here in Ireland.

Here in Ireland a civil marriage ceremony means something completely diffferent. It does not mean any non-church marriage. A civil ceremony is strictly non-religious registry office marriage and can only be conducted by an employee of the HSE Civil Registration Office.

If you are one of many couples who just want to be married as simply and as cheaply as possible without any fuss, a basic Registry Office style non-religious and non-spiritual Civil ceremony may be just the right choice for you.

A civil ceremony or registry office marriage will usually be your cheapest option too, it is a no fuss straightforward basic marriage ceremony.

Due to the number of ceremonies conducted per day at the registry office you can’t ever be late for a civil ceremony either, your marriage will never be the only ceremony of the day.

A secular marriage ceremony may be conducted by a secular solemniser or by a relgious solemniser from an organisation with interfaith beliefs who is permitted to conduct non-denominational ceremonies for people of all faiths or none.

I hope some of the terminology in the Marriage Act is beginning to get much clearer for you.

A Religious marriage ceremony can only be conducted by a Registered Solemniser who belongs to a Religious body or an interfaith religious body.

A relgious solemniser from an interfaith religous body is your most flexible choice as they are permitted to conduct non-denominational ceremonies of any style to suit your beliefs and wishes.

No wonder there is so much confusion online. Once you know the difference between the 4 ceremony types, it makes perfect sense really. It all comes down to choosing a Marriage Solemniser who matches your beliefs who will create & conduct your unique & personalised non-church ceremony to suit your requirements.

To find the right Marriage Solemniser for you, be sure to checkout not only their work, including testimonials from their clients, but also the work of the organisation they belong to, to ensure that their beliefs align with yours.